It’s Friday! In honor of Friday and looking forward to the weekend, here are 4 fun facts about dogs and the Olympics.

2. Before the Sochi 2014 Olympics, many people had to step in and help stray dogs living in Sochi. For example, a Russian business mogul, Oleg Deripaska, created a shelter in the hills above Sochi. To save dogs, volunteers drove a golf cart around to pick them up and take them to the shelter. People who were in Sochi for the Games, including many U.S. athletes, adopted some of the strays and brought them home. For example, Gus Kenworthy, a U.S. skier, adopted two dogs, Jake and Mishka. 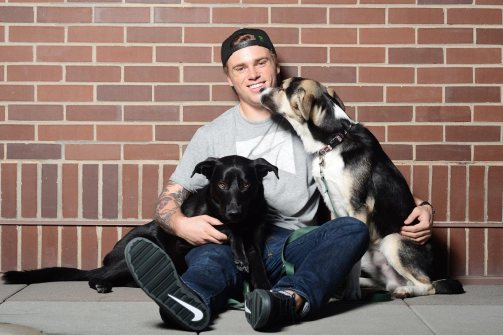 People are still rescuing Sochi’s dogs. Vlada Provotorova, a Sochi resident, has been saving as many dogs off the streets as she can since 2014 and was able to set up a charity called Sochi Dogs, where you can adopt dogs from Sochi even if you live in another country! Check out the website for more information: http://www.sochidogs.org/

3. At the 2016 U.S. Olympic Swimming Trials (click here if you want to read an interview with one of the swimmers who competed there!), therapy dogs were allowed on deck to help swimmers stay calm before and after their races. For the meet, USA Swimming partnered with Domesti-PUPS to provide swimmers with therapy dogs. They even had credentials, so they could be on deck! 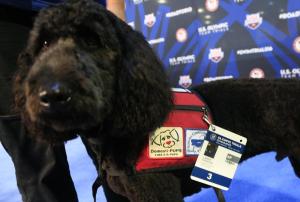 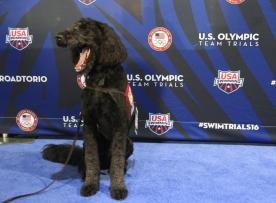 4. Before the 2016 Olympics, many dog owners dressed their dogs up to support the athletes. One Instagram, @thedogstyler, dressed dogs up as different types of athletes, and they’re so cute! 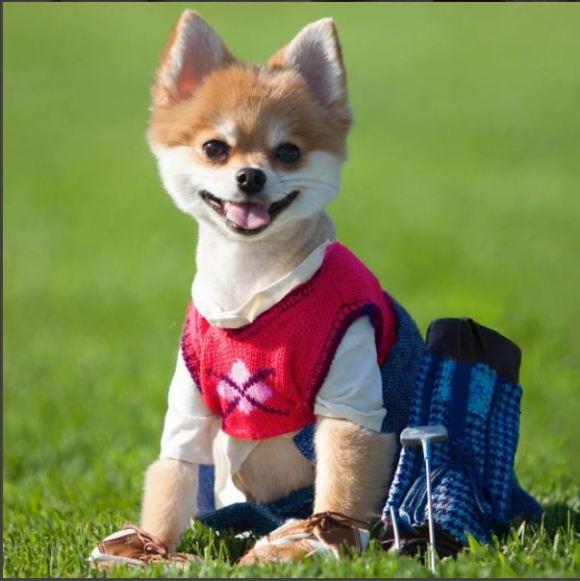 Enjoy your Friday with your furry friends!