Sam, Amy, Me, and Kaitlin

Special Olympics New York’s Fall State Games were October 16 and 17 in Glens Falls, NY. While there, I spent all of my time with my Special Olympics family (pictured to the left). Together, we took in the beauty of Lake George and the Adirondack Mountains and helped our athletes achieve gold. It was an amazing weekend!

I drove up with the Development Team to Glens Falls, and it was a really fun road trip! We went apple picking, and it was refreshing to take our time along the way. We talked a lot, and I’m so happy that I work with all of them.

Opening Ceremony started at 8 pm on that Friday, and we made it in time to see the athletes at the Olympic Village. It looked like a pretty awesome party! I was so happy I could say hi to some of the athletes I met at other competitions.

Almost 1000 athletes from all over the state came to Glens Falls to compete in a variety of sports. There was Unified Golf, Cross Country, Equestrian, Bocce, Soccer, and Softball. Every single one of those athletes, regardless of region or sport, was extremely excited for the Opening Ceremony to begin! 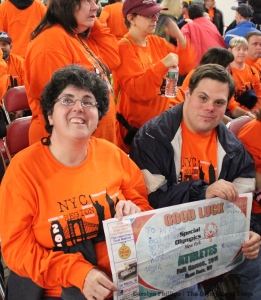 Some NYC athletes during the Opening Ceremony 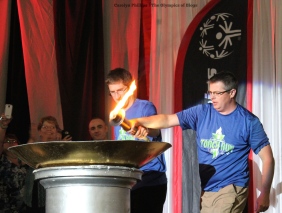 The Opening Ceremony featured a parade of athletes, two dance teams, a Broadway singer, speeches, and the Law Enforcement Torch Run. Watching people run the torch in and light the cauldron definitely builds the excitement in the room, and that’s why the Torch Run is always one of my favorite parts of Opening Ceremonies. After the Torch Run, the Games were declared open!

The next morning, Kaitlin and I had to be up extremely early for Equestrian. I was really excited because I love horses, and I also love Special Olympics competitions. Definitely, Equestrian did not disappoint. In the morning, athletes competed in English riding, and in the afternoon, they competed in Western. When they weren’t competing, they just had fun together.

Here are some photos from the event: 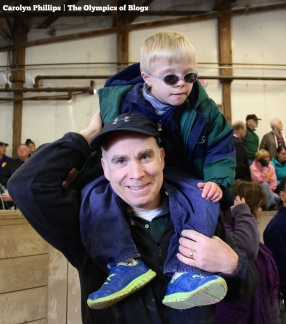 These two best friends were so happy to each win a gold and a silver medal! 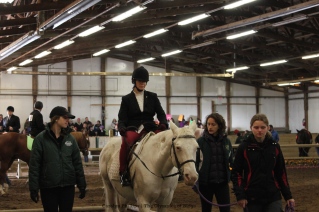 She decided to start interviewing her friends with Channel 6’s microphone!

This mini pony was named Bolt!

Last weekend was spent doing what I love with people I love. It was a magical experience that makes me look forward to the next State Games in February. 🙂